Meet our 2019 recipient of Beat Brain Cancer 5k, Ms. Vivian Stoch! Vivian is an 8-year-old from Webster, NY who loves cheerleading and gymnastics. Vivian aspires to be a dolphin trainer when she grows up. In April of 2018, Vivian was diagnosed with a Medulloblastoma, a type of pediatric brain cancer. Since then, Vivian has had surgery, 31 radiation treatments, and is currently undergoing chemotherapy treatments. She is being treated at The Golisano Children’s Hospital at Strong Memorial Hospital. Vivian has overcome so much and continues to show her true strength and perseverance everyday. See below for Vivian’s full story as it is truly inspiring.

Vivian gets the support from her mom, Kelly Stoch and her dad, Mark Stoch. Vivian also has a little sister, Laila, who loves to dress up and loves unicorns and fairies as well as having a strong interest in science. Vivian’s grandmother, Cindy, has come into the area from Arizona to assist the family at home. Vivian is currently getting physical therapy, occupational therapy, and tutoring at home.

​The Stoch family has suffered a loss of income and several medical bills associated with Vivian’s illness. Please come out and join us for this race or donate to the Stoch family to assist them in caring for Vivian who if fighting this horrible disease. Help us all raise awareness for brain cancer and help to find a cure! 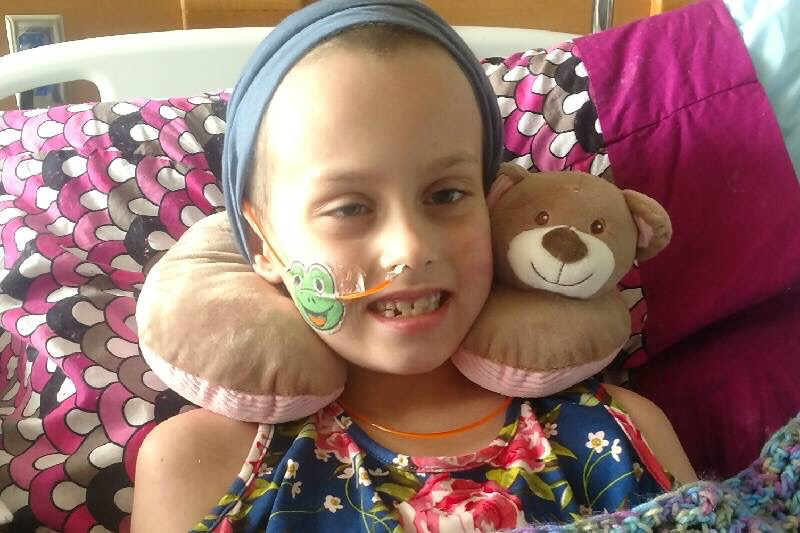 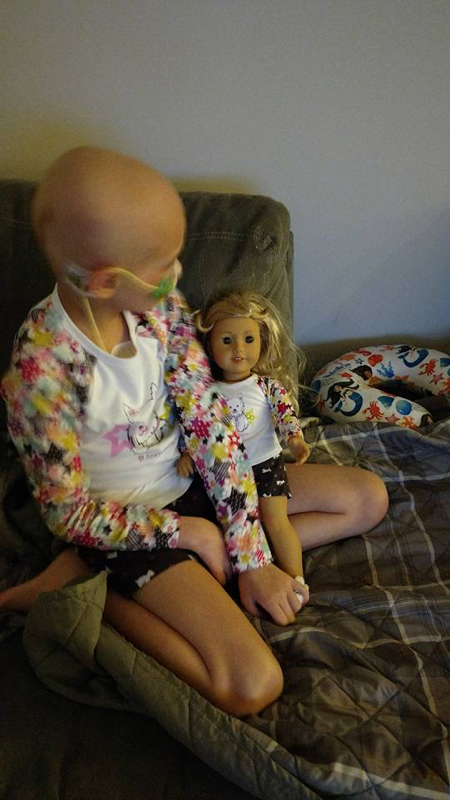 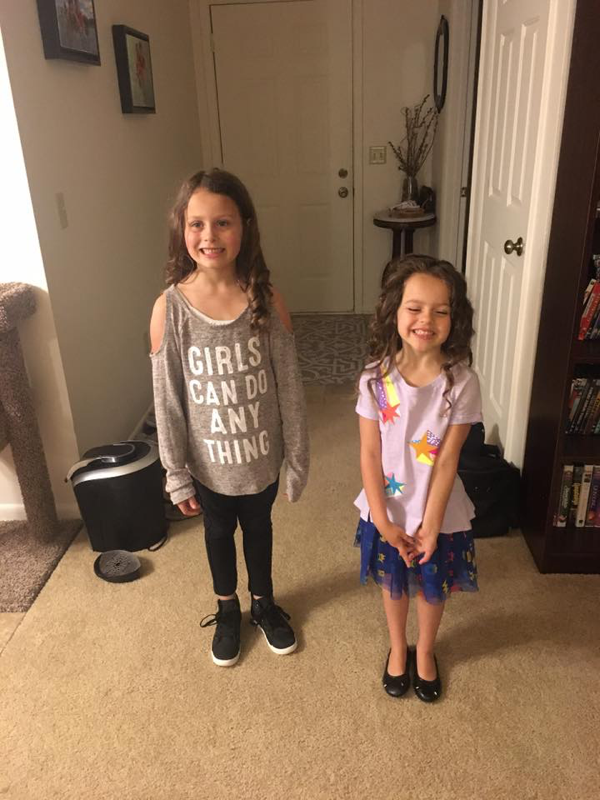 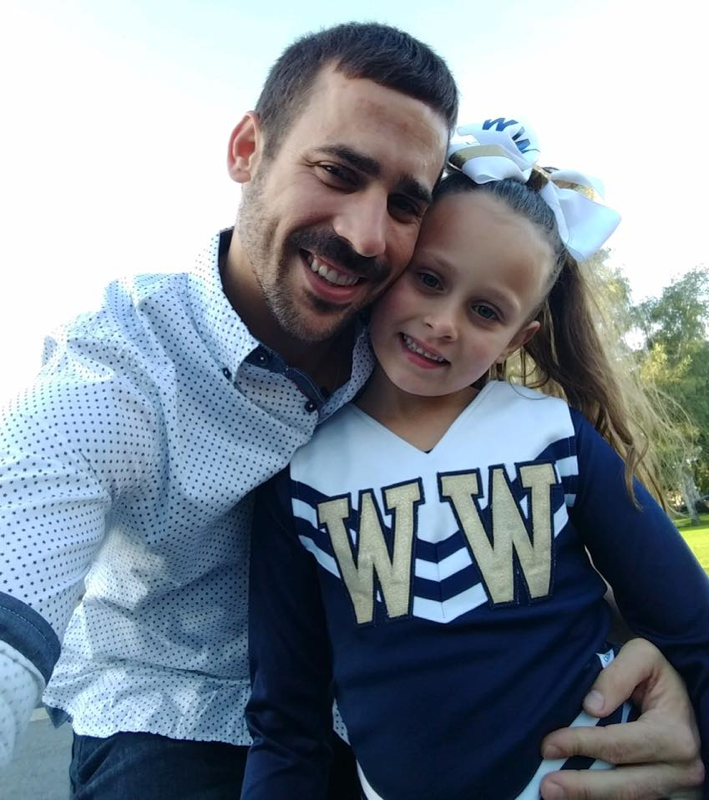 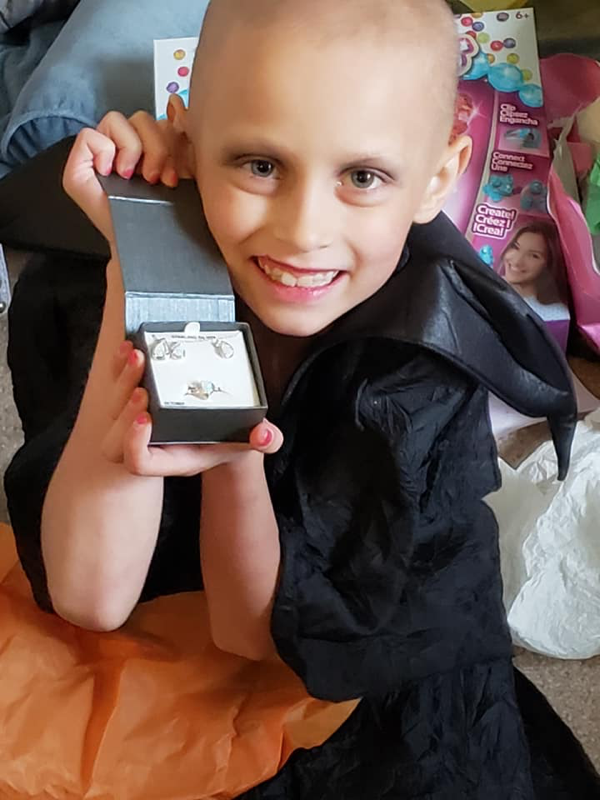 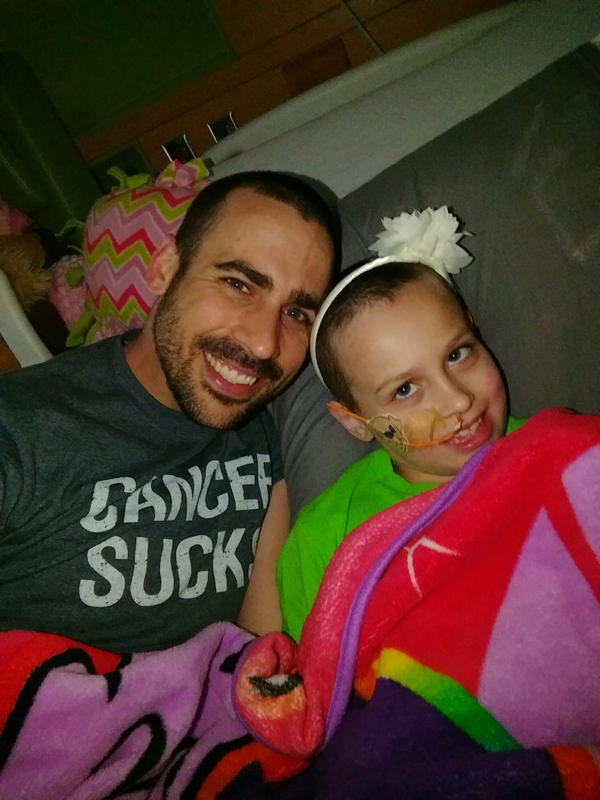 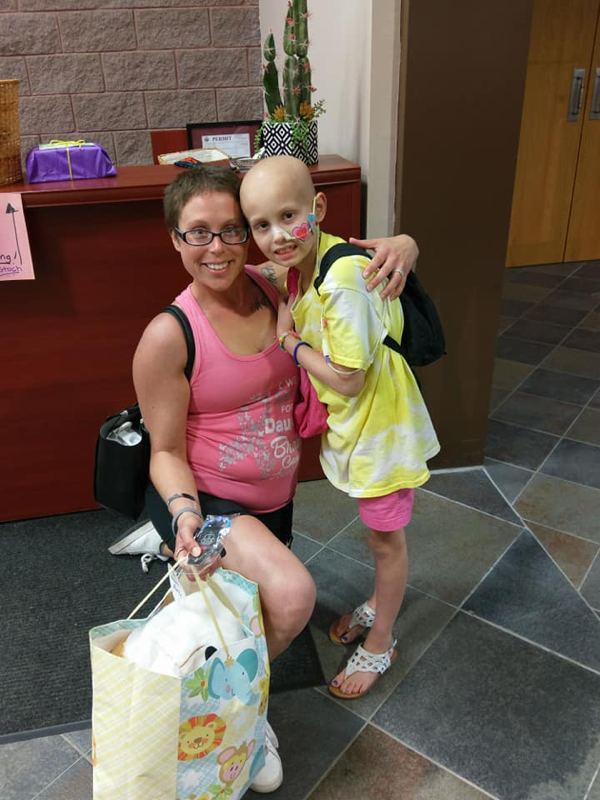 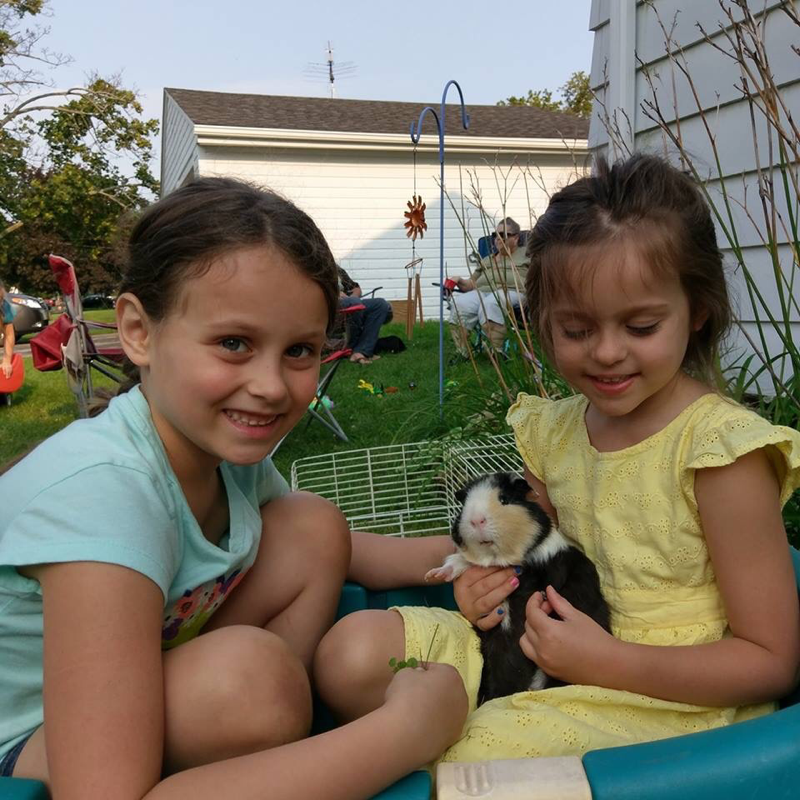 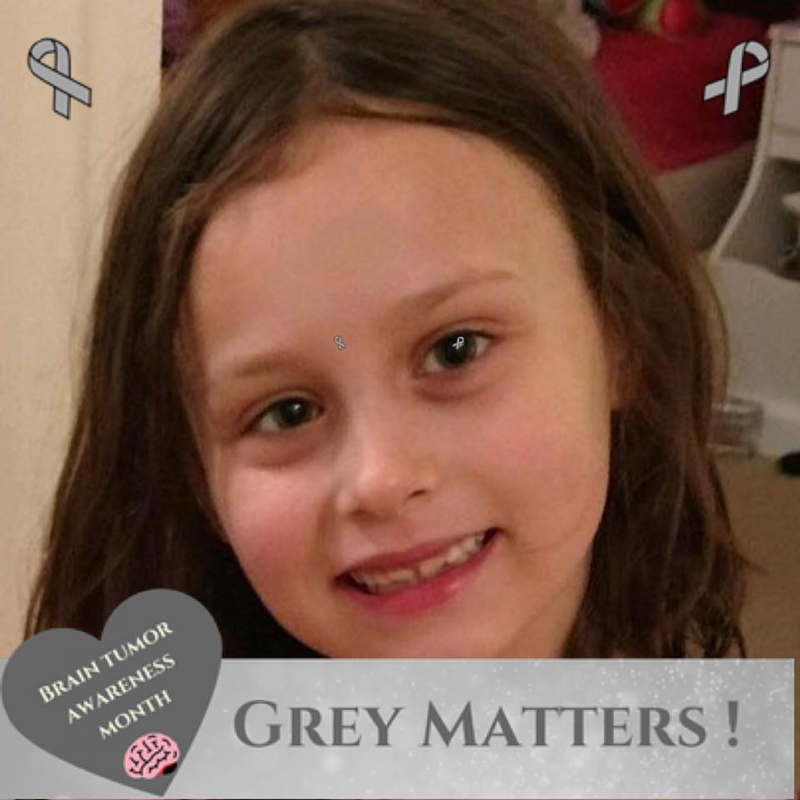 On April 23rd Vivian had an eye appointment at the Fluam Institute at Strong. She had been seeing doubles since February and this was the earliest appointment that we could get her in. At first her vision didn’t seem to change much but over time it progressed, and her left eye then started to go crossed eyed. Mark, Vivian’s dad, took her to her appointment that day. At first a student was doing her assessment. They dilated her eyes so they could see further and noticed something was wrong. They rushed her to the ER where they did an MRI. Kelly, Vivian’s mom, met Mark at the hospital as soon as she got off work. Abut an hour into being there the doctors came in and asked if we would like to talk in another room. Our hearts immediately sank. I knew it had to be cancer at that very moment. They called it a Medulloblastoma. They were not certain, but they had strong feelings that it was. We were admitted into the PICU and spoke to several surgeons and oncologists and discussed the treatment plan.

Two days after her diagnosis she had brain surgery to remove her tumor. The surgery was a success, they were able to remove the entire tumor. Vivian also was diagnosed with hydrocephalous which is a build up of cerebral spinal fluid around the brain. The tumor was blocking the passage way for the cerebral spinal fluid to her spine. So, since she had such a build up of fluid it caused the ventricles of the brain to be enlarged, so they placed a shunt in her brain to allow excess fluid to be drained, which she might have to have the rest of her life. Vivian was also diagnosed with cerebral mutism and she had limited mobility and could not talk, eat and drink for several months after her surgery. Seven weeks after her first of three surgeries she started her radiation and had 31 sessions. She also had chemo on a weekly basis during this time. For most of the summer Vivian was on a tube feeding regimen and several medications for nausea to help with the side effects of her chemo and radiation.

Finally, in August Vivian had went in for a routine MRI and they took the ng tube out for precautions. They were unable to properly place the ng tube after the MRI and my husband and I had no success at it either. So, from that point is when Vivian started to finally start eating again. She did this through her own strength and determinations, because she didn’t want the ng tube in anymore. It was a struggle at first, but she has done well since then and is now able to eat almost everything. Liquids can still be difficult for her at times. She is still doing chemo and will be having chemo treatments for at least another 6 months. It has been difficult to witness our daughter wither away to almost nothing from her chemo treatments and yet she still has a cheery disposition most of the time. She finds happiness in the thoughts of her future and being able to jut be herself again. Vivian or “Monkey” as we like to call her has always had so much light and energy. She was in gymnastics and cheerleading prior to all this and is optimistic she will do it all again.

​Her surgery also caused her to have a 6thnerve palsy which makes her unsteady and unable to do many activities that she would have otherwise been able to do. Her right hand was her dominant hand but since her surgery she has become a lefty. Vivian sees occupational and physical therapy twice a week at her school. She also has a tutor that comes twice a week for one hour to help her with her school work. However, Vivian is no longer in school, the chemo makes her so tired that the thought of having to even go to school is tiresome. When Vivian was attending school in the beginning phases of her chemo, she would fall asleep most of the time and we wouldhave to come and pick her up. Even though her chemotherapy makes her exhausted and almost no appetite at all Vivian is making strides and doing the best she can for the circumstances. 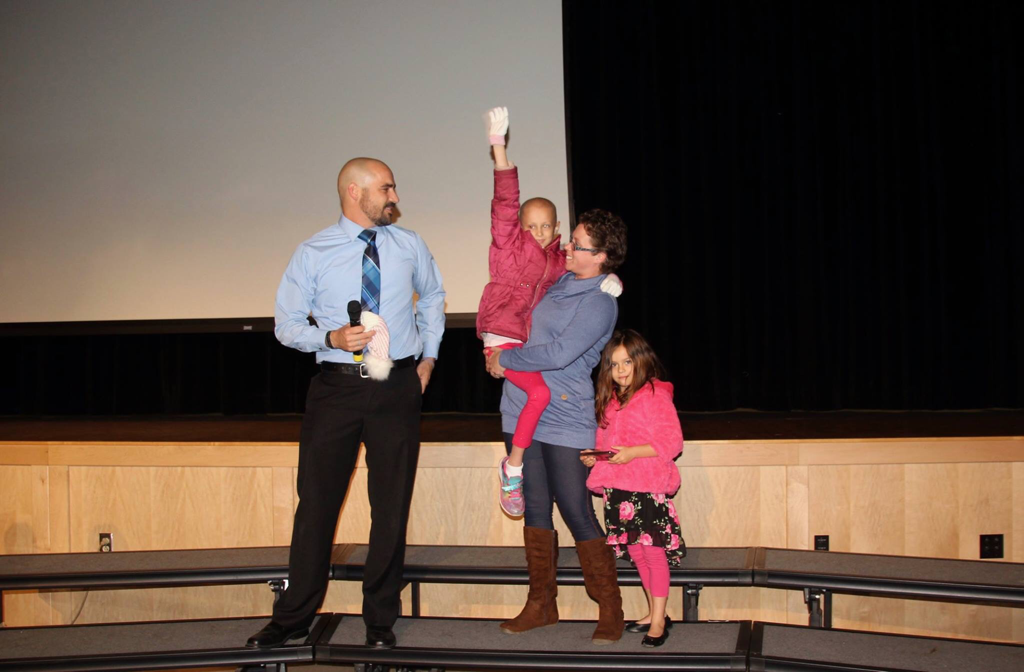